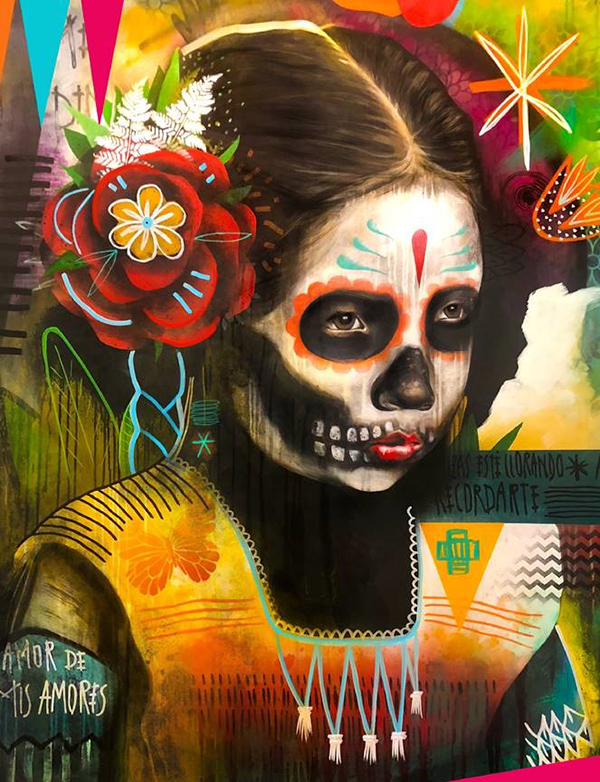 The mental health angle: L.A. County’s convenient arrangement for getting arts ed back into schools

This conference is best when it gets past the platitudes of large group sessions and gets down to the business of small panel discussions. That’s when people have a real chance to share success stories — and the strategy behind them. That’s when it gets interesting.

That evolution happened for me on day two of the GIA conference, and in an unexpected place, the session titled “The Arts & Mental Wellbeing: Prototypes & partnerships in K-12 public education.”

The session was hardly promising in its billing: A chat about cooperation between reps from three government agencies in Los Angeles County: the department of arts and culture, the school district, and the mental health department. Not exactly a sexy breakout choice when there’s a panel right next door taking on the hot topic of “Radical Imagination for Racial Justice.”

But the “Wellbeing” folks are up to something good — potentially very good — and also something practical, and totally steal-able for other communities.

They’re working together: Art, schools and mental health. Primarily, because mental health has realized arts education is a key component in preventing emotional and psychological issues in kids. So, the department is using its ample budget to grant money to the arts folks who have developed programs for the schools.

There was some convincing testimony to how well it’s working.

The arts, all three partners agreed, have a unique power, they help people to communicate meaningfully, casually, and in a common language, and that’s important for students of all ages.

Education put it this way: The arts are a gift to educators trying to keep their students healthy, serving as a method for “accessing feelings, and accessing where students are in a way that’s comfortable for teachers,” as Lilian Maldonado French, the superintendent of the Mountain View School District, put it.

Arts was happy just to be in the middle of the action, just doing its thing: “Classroom teachers want to do art, they just don’t alway know exactly how to go about it,” said Denise Grande, director of arts education for the department of arts and culture. And that’s the kind of thing her department specializes in.

The arts administrators, working with artists, supply teacher training. And to bring it full circle, the mental health side holds workshops for the new art teachers, advising them on how to be better custodians of their students emotional and social well-being.

A few things make this possible in L.A. County. It’s a little more enlightened than a lot of places, thanks to strong leadership, a healthy combination of public and philanthropic funding, and some recent — and highly touted — successes integrating art into the juvenile justice system, which opened up bureaucratic minds to the possibilities of supporting art everywhere. (Hey, if probation offices can get on board with the arts, why not social workers and teachers).

The program is only a few years old. But it promises to have major impact — if only because the L.A. school district is one of the largest in the country with 2,300 schools and 1.5 million students. Already, a lot of those students are benefiting from this new way to fund arts education.

One thing was unspoken by the panel. Any discussion about mental health in schools has to be linked to the problem of school shootings. Those didn’t come up, and, to me, it was an elephant in the room.

But it was one of the more hopeful panels I’ve watched. As Grande noted, it’s been 40 years since California’s notorious Proposition 8 ripped away funding for arts education in public schools, and it has taken that long to come up with ways to repair the damage.

The job’s not done. But here’s one of those ways that appears sustainable.